Many brain injuries result from assaults and domestic situations, so it is not unusual for prison inmates to suffer from cognitive and developmental disabilities. Studies carried out in 2016 showed that around 60% of adults in prison have a history of brain injury. This is six times the rate of the general population. It will therefore come as no surprise to those working in the Criminal Justice System that having a brain injury increases the risk of offending by at least 50%

The impact of brain injury on prison inmates

Brain injury makes prison inmates vulnerable and adjusting to prison life can be extremely difficult. It is important to be aware of the common symptoms of braining injury, which include: fatigue and lack of concentration, although in a prison environment it is very easy to misconstrue such behaviour as laziness or lack of enthusiasm to become involved in daily prison routines.

Brain injuries do not always present themselves in obvious ways, so prison staff may be unaware of the effects they can have on people. This can result in negative consequences for prison inmates, both during their period of incarceration and following their eventual return to society.

Following a 2019 study by The Disabilities Trust, the All Party Parliamentary Group for Actual Brain Injury recommended “routine, effective and standardised screening and assessment” for anyone entering the Criminal Justice System, to identify any history of brain injury in order to accommodate their needs during detention.

The purpose of screening is to determine whether a prisoner is likely to have persisting disabling effects of multiple head injuries or a single serious head injury, and to deal with it accordingly. Almost 80% of women prisoners in Scotland have a history of significant head injury – mostly through domestic abuse. Researchers found that violent criminal behaviour was three times more likely in those with a history of significant brain injury, and that women with a head injury had spent three times longer in prison. A history of alcohol or substance misuse was also common, with substantially higher rates for those who reported significant head injuries.

The All Party Parliamentary Group also recognised that for brain injury inmates, sanctions and punishment rarely work, and rehabilitation and coaching specific to the offender is much more effective when preparing them for life in prison and for their transition to life outside prison walls. It also identified that in order to carry out successful rehabilitation, there needs to be greater understanding of brain injury throughout the entire Criminal Justice System, including prisons.

In 2020, the brain injury charity Headway was awarded an NHS contract to deliver brain injury awareness training to prisons and probation services across the UK. They also received funding to produce and issue “Brain Injury Identity Cards” to prisoners upon their release. It is hoped this will help those suffering from a brain injury to not only explain they have a brain injury and its effects but also enable police officers to easily identify brain injury survivors and ensure they act appropriately.

Addressing brain injury in prison directly not only helps improve the lives of those who are suffering with brain injury, but also helps reduce crime, both inside and outside prison. 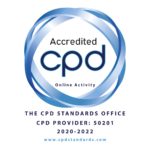 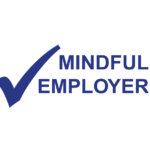